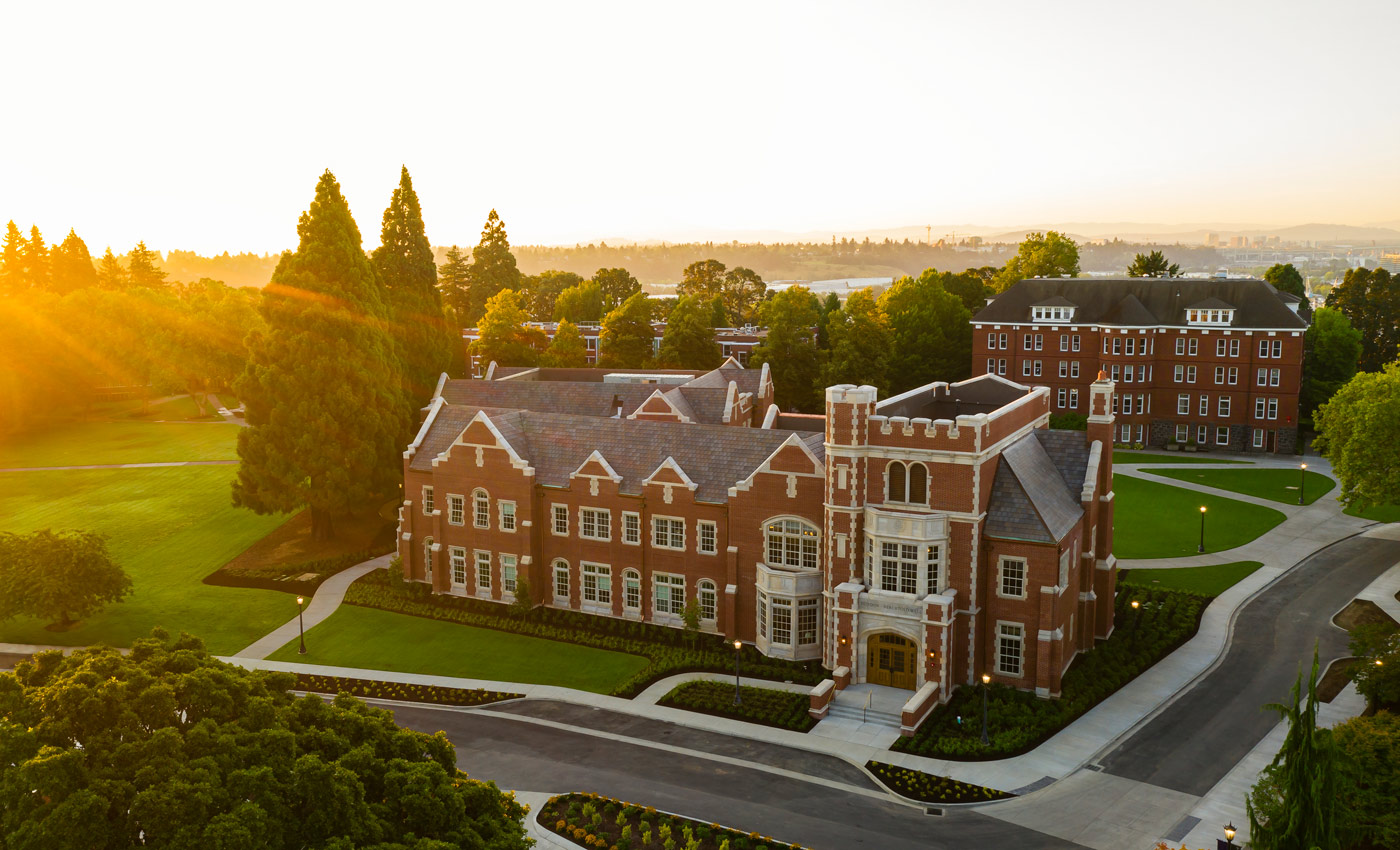 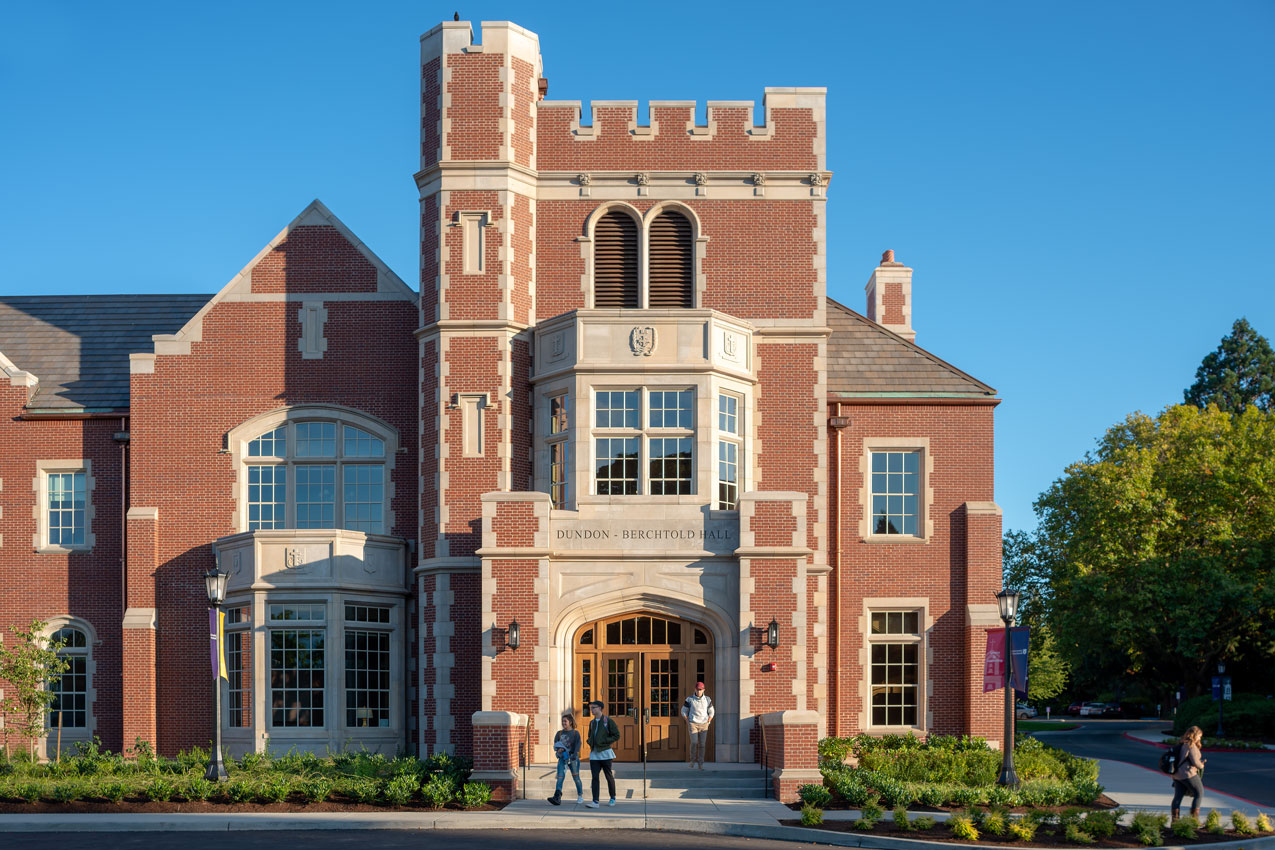 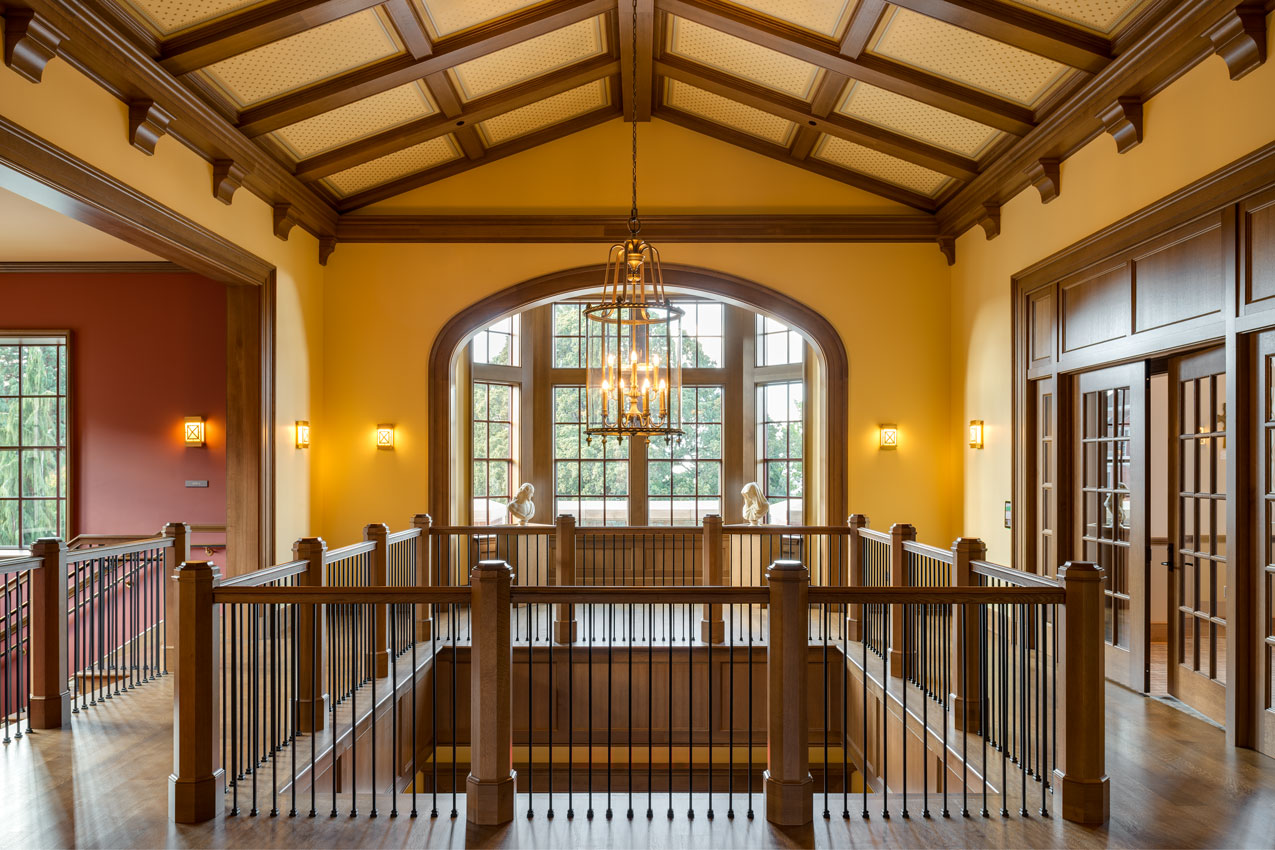 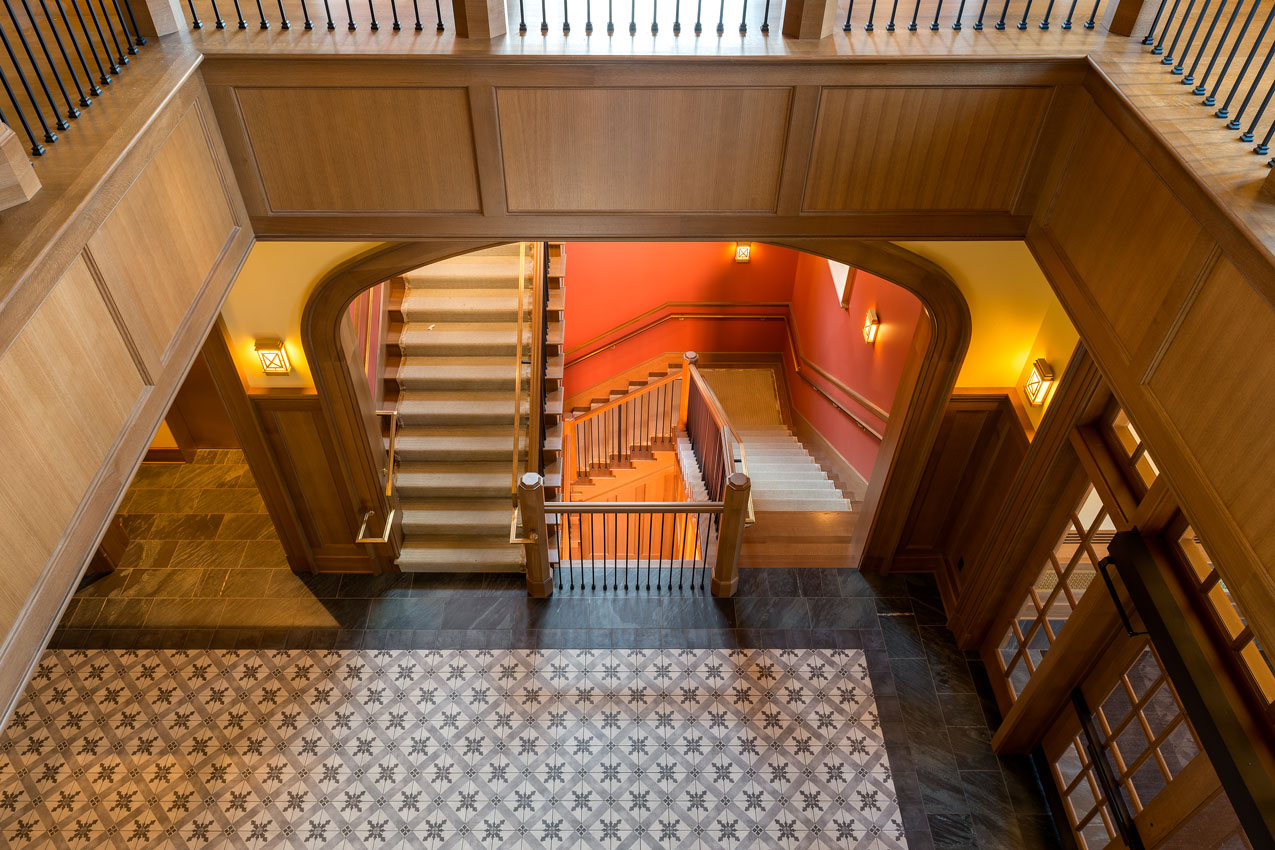 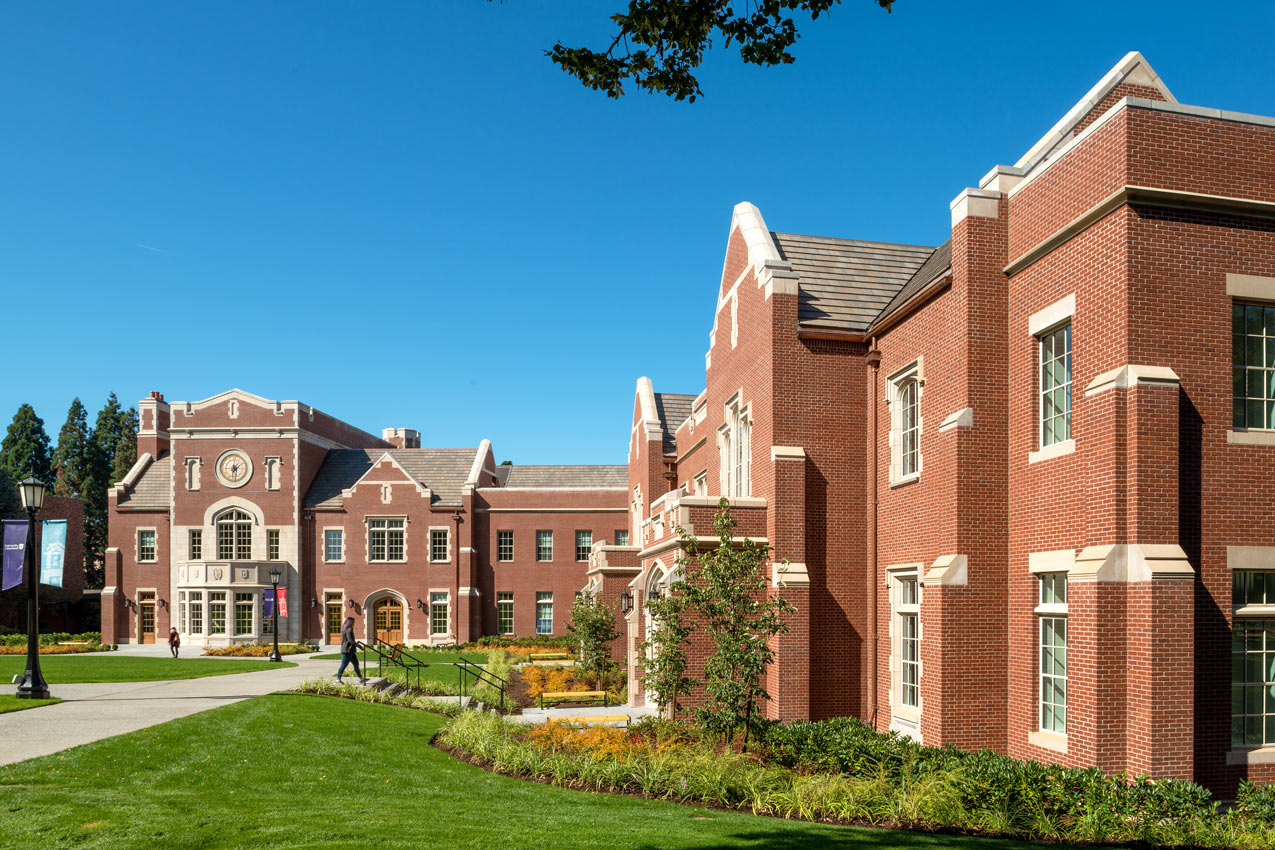 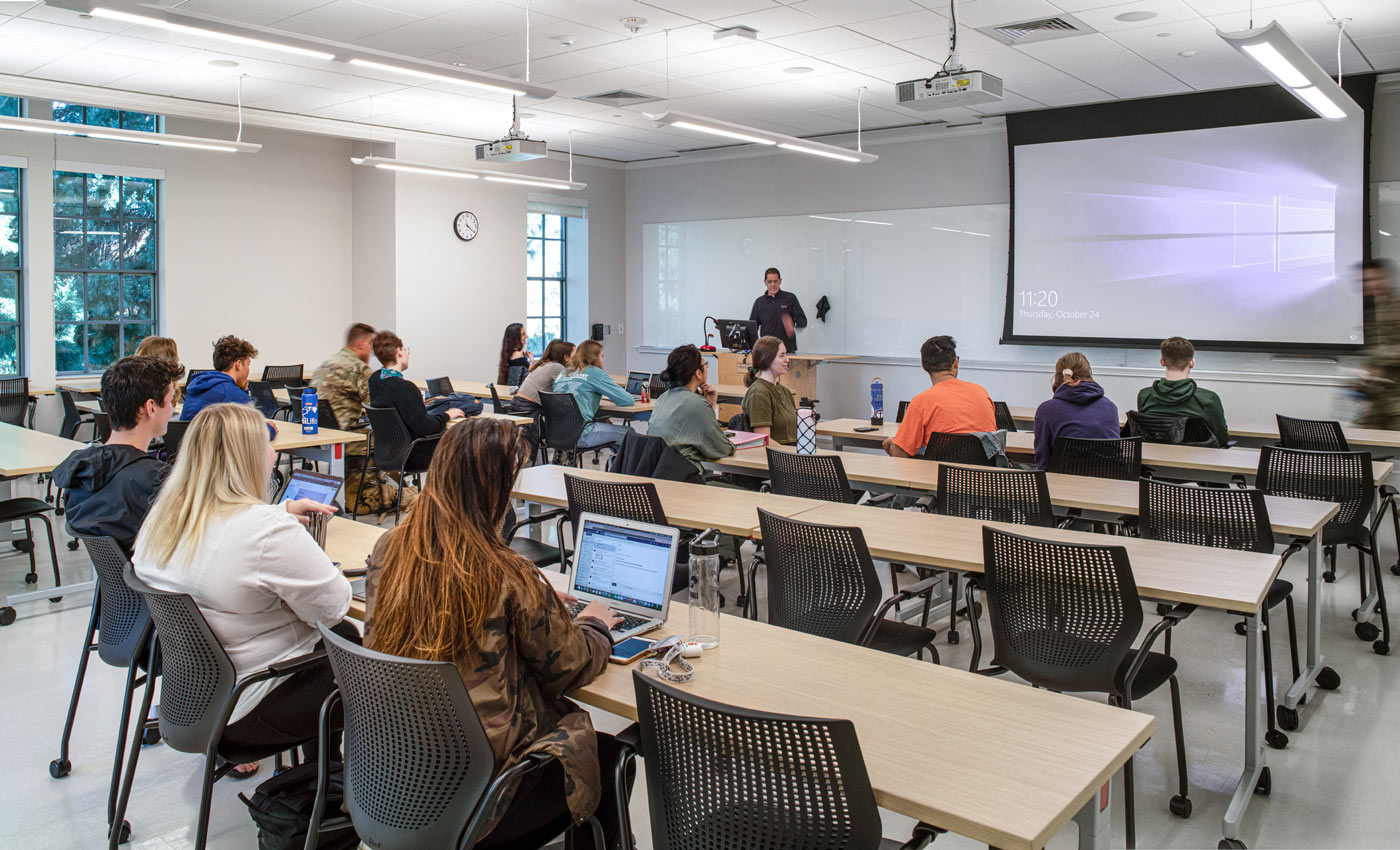 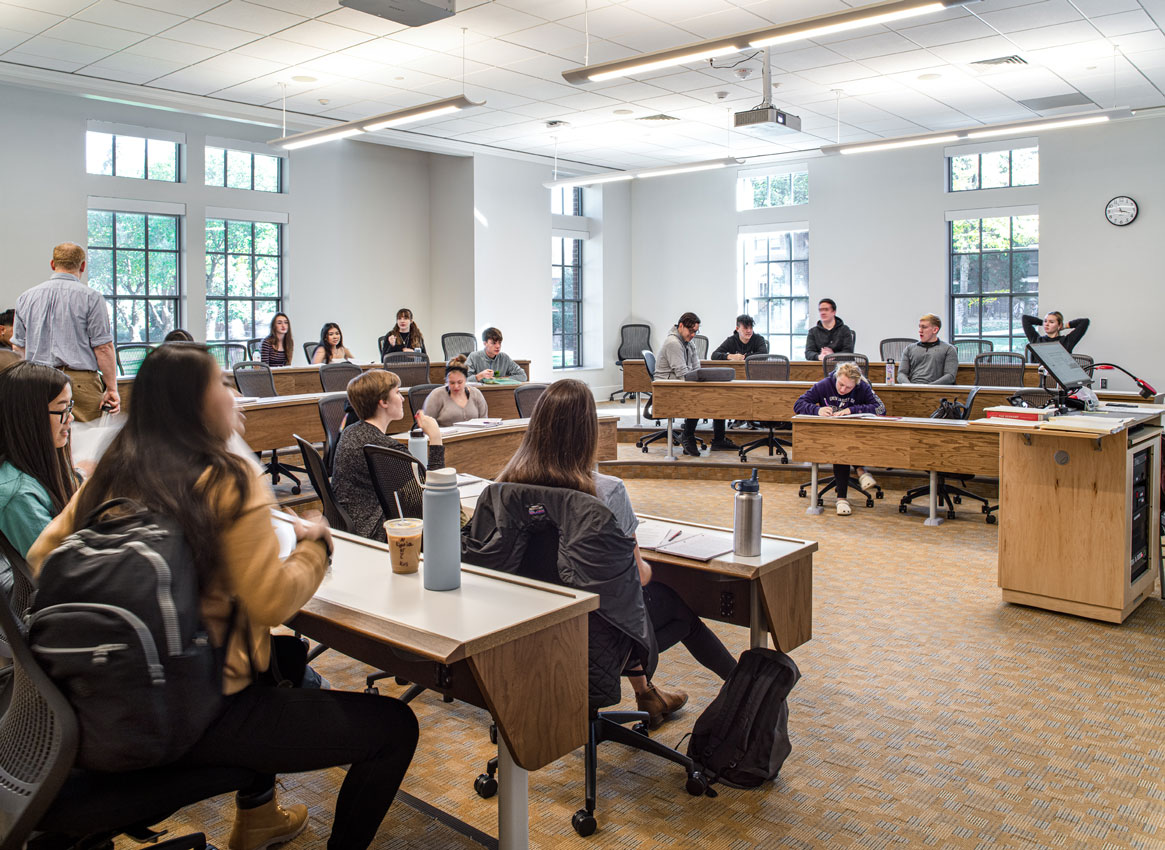 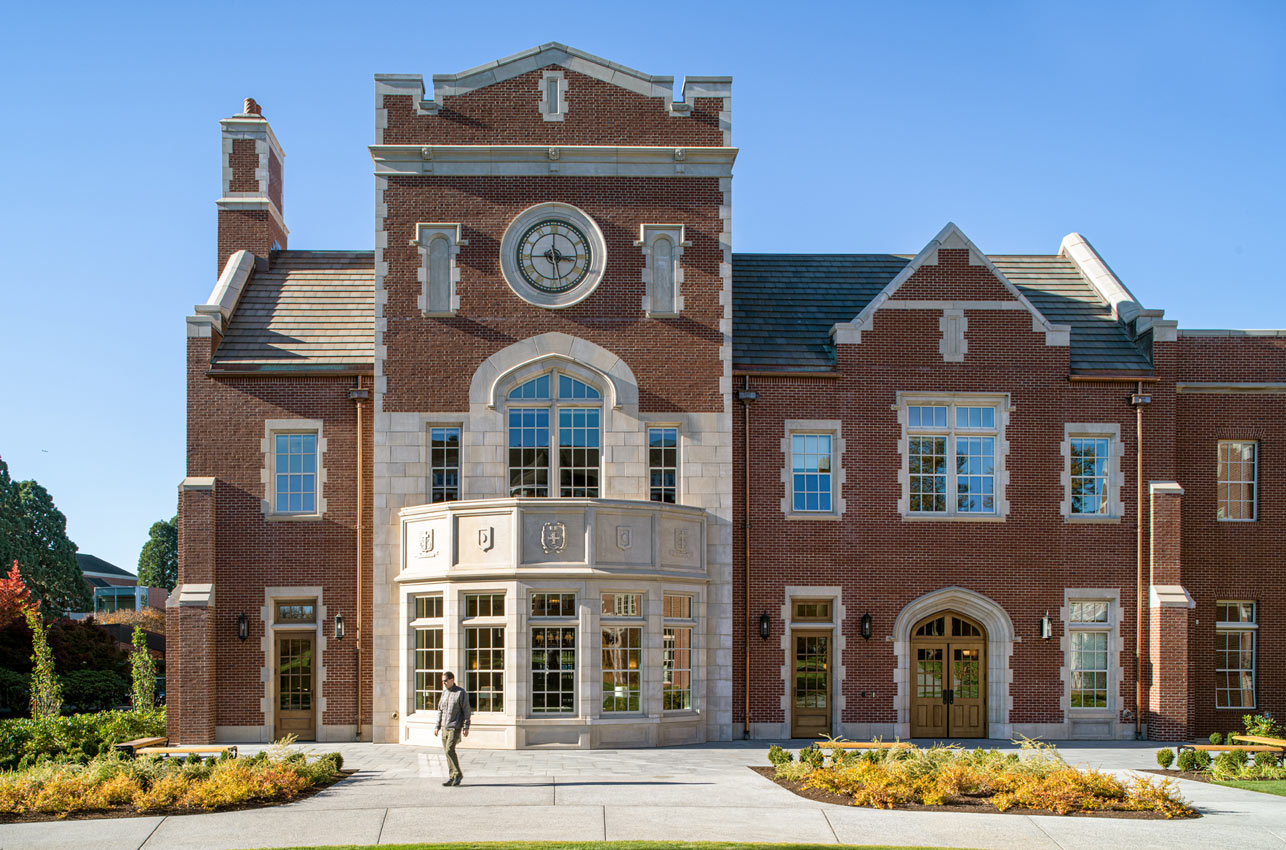 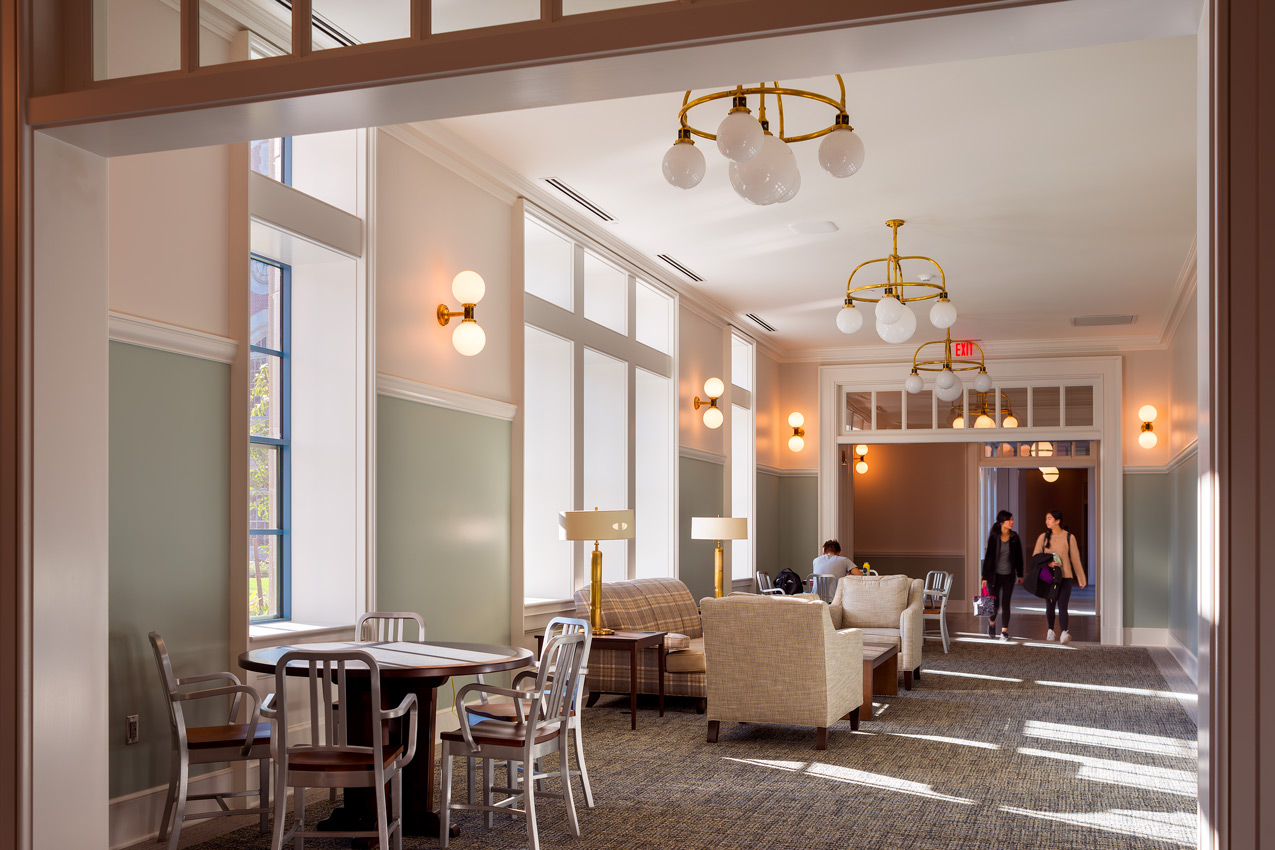 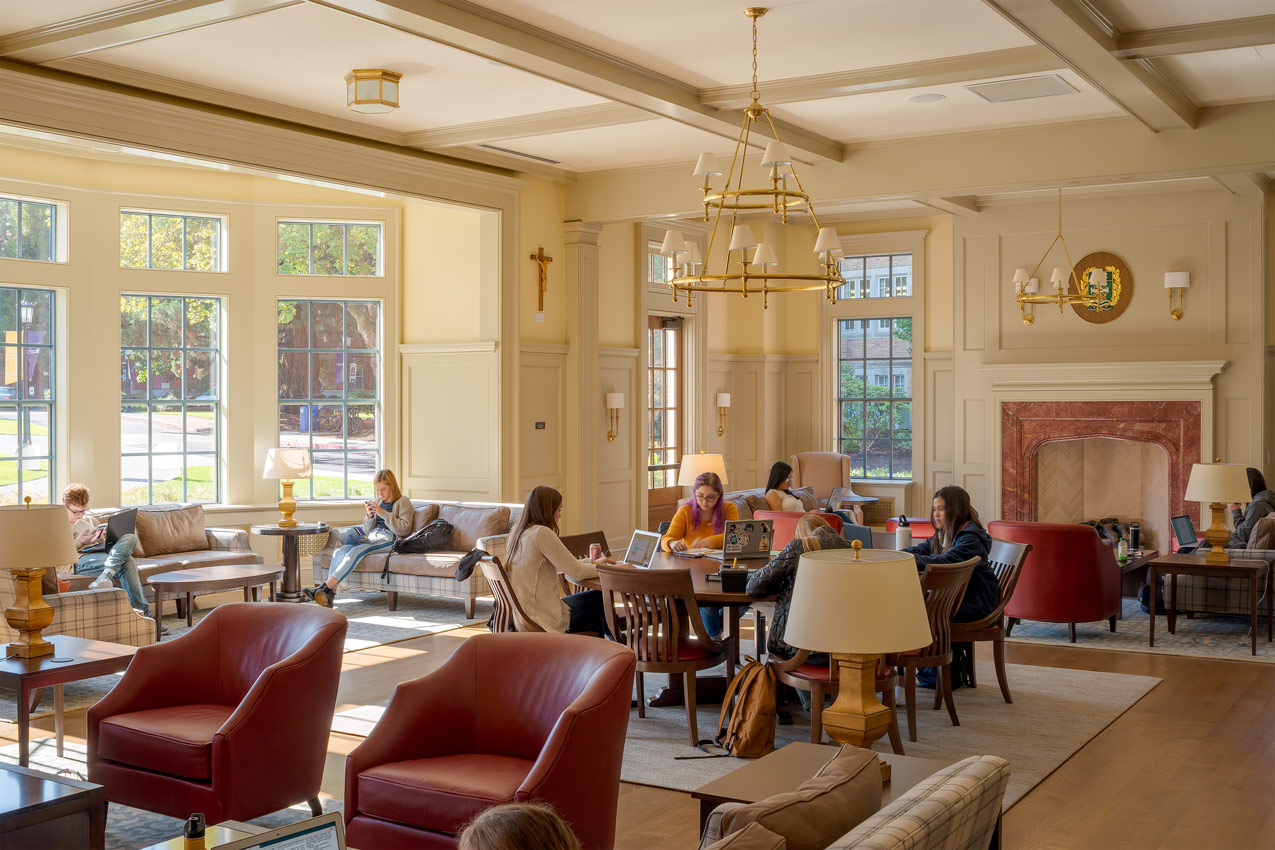 A collaborative effort between Robert A.M. Stern Architects and Soderstrom, Dundon-Berchtold Hall is first new academic building on the University of Portland campus in over 20 years. Prior to its completion, the University’s student population had increased by 30% over the past decade, but the amount of classroom space had remained the same.

The new, three-story building provides much needed educational space with seventeen new classrooms, faculty offices, an auditorium, and a range of student support spaces. Classrooms were designed with several different sizes and configurations, including tiered “horseshoe” lecture classrooms, tiered cluster classrooms, and flexible flat-floor classrooms. The 146-seat auditorium includes a plasma display screen that can be used for lectures and performances. The building also houses the Dundon-Berchtold Ethics Study Center and Career Services.

The building footprint creates a new academic quadrangle facing Waldschmidt Hall, constructed in 1891 and the oldest building on the University of Portland campus. A strong desire from both the University and the donor led the design team towards a classic, collegiate Gothic expression for the building architecture, complementing the appearance of the adjacent Romanaggi Hall. The building features brick, limestone, and copper trim. The Collegiate Gothic style also extends through to the building’s interior woodwork, details, and light fixtures.

It’s a very elegant building. It looks like it’s been here a hundred years, which was the goal.

A 58-foot-tall tower, visible from the edge of campus and addressing its main gate, marks the building’s entry. Dundon-Berchtold Hall now stands as a new icon of the campus, enhancing the distinct sense of place at University of Portland. 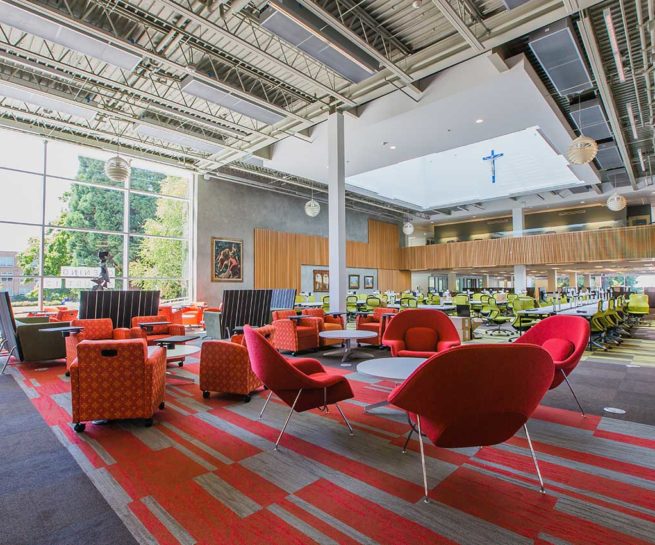 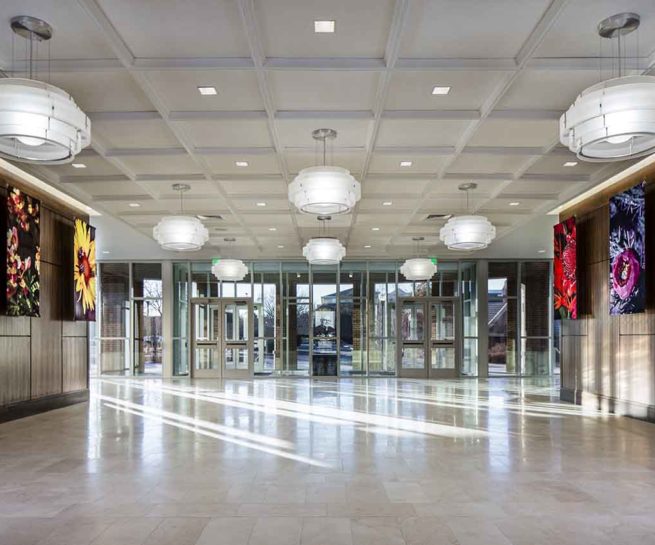 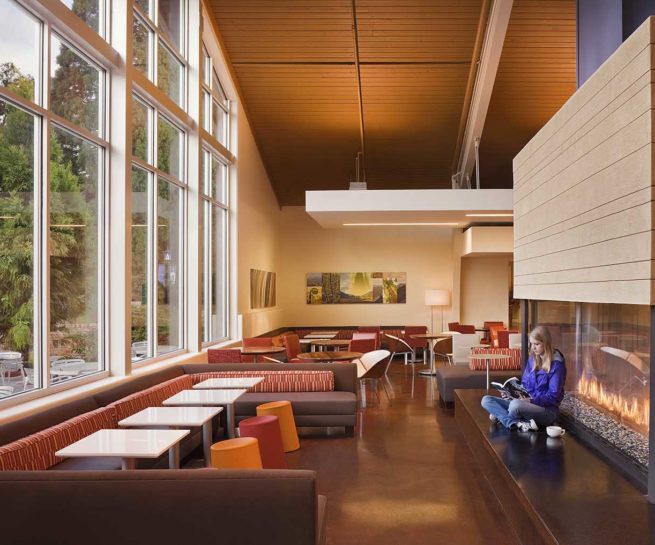 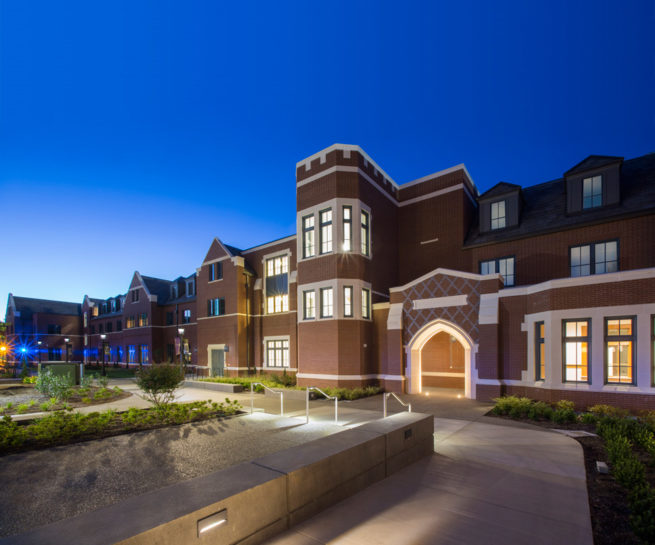 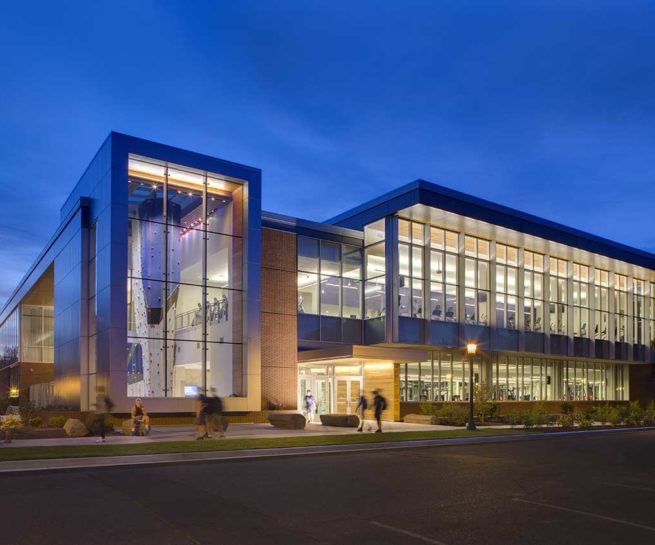